Faithful Kate is from Chesapeake, Virginia and is composed of Lee Brinn (vocals/guitars), John Houlihan (bass) and Ron Thornburg (drums). The band has been friends since 1991 and are still at it. I found this very endearing and sweet considering how many bands seem to end with a tenuous relationship. The band just released Classic and sounds like it’s classic Americana rock. There’s almost no hint that this is a contemporary release. That could be a good thing depending on your preference of aesthetics.

The album opens with the title track “Faithful Kate” and it was a good choice for an opener. It’s a very lively song that is upbeat and will put you in a mood. The instrumentation felt pretty standard. You have keys, earthy organ, guitar, drums and bass. The band sounds great. They are dynamic and you can tell they are seasoned pros. Brinn has an exceptional voice for rock but I can’t deny I often felt like I was listening to Rod Stewart. Brinn has a very similar strain to his vocals especially on this song. So all you Rod Stewart might want to start spinning this right now.

“August Train” brings the energy slightly down and felt like it was more of a ballad. There’s a tinge of melancholy but the song is more warm and feels like a bed of understanding. The hook is memorable. Great songwriting right here.

“Play Me Home” is this soulful and bluesy hybrid. The lead guitar is on point and I also thought the additional female vocals were a novel aspect that I appreciated. In general the vocals just sound great. There’s a good amount of space in the song which makes the vocals shine.

The band gets the most intimate on “Randy” which is just guitar and vocals. It did feel like more of a transitional song considering it’s only about a minute long.

The band gets back to rocking on “Step Long.” Something about this song in particular made me think of ’90s alternative bands like Spin Doctors and The Black Crowes. “C of Blue” is the sort of song that would sound good in the wee hours at the after party. It’s jazzy, light and lush. The song does pick up some energy. I was impressed by the technical ability of this song.

“Classic” is more bluesy and also an instrumental for most of the song. The vocals come in towards the end of the song which I wasn’t expecting but they don’t feel like a lead. “Sippin’  Glass” has a Led Zeppelin vibe with a slightly more country-like quality. I loved the guitar groove here and Brinn hits it out of the park again. They end with “Baby Says” which is a romp and pretty straightforward classic rock tune with a blue collar flavor.

My only slight critique here was I felt like the band was doing perhaps too many moves that come from the classic rock handbook that were handed down from the legends. There wasn’t much experimentation that made me feel they were attempting something beyond the criteria that has been paved. That being said, the exceptional songwriting and delivery more than make up for it.

​This is one heck of a talented band. Suffice it to say that fans of the aforementioned bands should love this and even if you’re not a huge fan of classic rock this could be a good place to start. Take a listen. – Jamie Funk 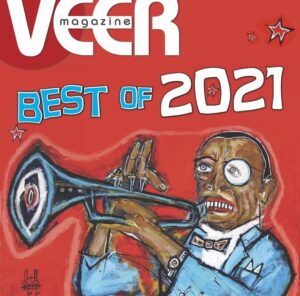 Classic rock covers a great range of music, from Pink Floyd to the Clash, and radio stations even throw bands like Nirvana and Pearl Jam in there these days, for good measure. I’m getting old. The opening track to Faithful Kate’s new album, Classic, hearkens back a little bit further than all of these, to Faces, the killer band with Rod Stewart’s inimitable voice. Well, until now.

Lee Brinn, the lead vocalist and guitarist for the band, has a voice that raises the hairs on the back of your neck, while your neck is head banging, of course. The opening track is a saucy number about “Faithful Kate.” “If this is our beginning God only knows where it ends,” Brinn sings in well-earned partner worship. They named their band after her, after all. It’s hard to find gentlemen who rock this hard.

But the next track, and most of the rest of the album, take a stark left turn into the land of blues and ballad rock. Instead of a faithful woman, they bemoan the never ending cycle of woman-as-slippery-fish, like on the song, “Step Long.” Their lead single, “Sippin Glass,” is a song about not quitting drinking because life is too hard to worry about being sober too. The brilliantly named “C of Blue,” which is a play on being on the Sea as well as playing a song in the key of C, is about “Feeling fine all by myself / Stoned on solitude.”

They say of their music, “We’ve been living the songs for this album.” And including relationship woes, they talk about getting older, loving each other, and the power of good music, something that they know about, for sure. In a shout out to the younger generation of rockers, on the song “Play Me Home,” they say, “Play me proud son / I was once a young buck like you.”

There is a lot of heart to the album and a lot of skill. The instrumental break in “C of Blue,” with guitar solos, thrumming bass, and virtuosic piano glide, give you a sense for what an electric show this would be live. One of the highlights of the album is the back up singers, Liz Terrell and Casey Copelan, who add to the “classic” feel of the album, and put even more soul in pretty soulful music.

The final track harkens back to the first song: shreds your face off in good Faces’ form. And touches again on a faithful relationship after an album of uncertainty and woe in the relationship department. My only suggestion for this stellar album would be to have one or two more tracks like the first and the last. But their strength is in writing a compelling song, whether it’s slower or faster, positive or negative, blues or rock. This album is certainly classic, and only time will tell if Faithful Kate become a household name, too. ~ Greg Featherburn